Hi! We are Ciffone Digital, it’s great to virtually meet you. Our goal is to amplify your online presence and to empower your organization’s vision and goals. We care a whole lot about our clients, and are dedicated to delivering you the best results. We promise to always work with you and not against you. 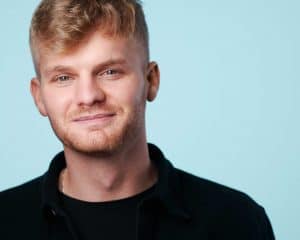 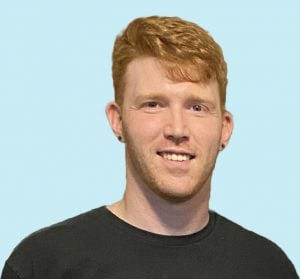 The story really begins on Nicholson Drive in a Chicago suburb. Austin and I grew up down the street from each other. We have been friends for longer than we can remember.

We did what you do when you’re young – built things, competed against one another, brewed up a little trouble, and dreamed of doing great things. Our friendship continued into college at the University of Missouri (Mizzou) where we met Nick.

So, we actually met Nick on Craigslist…but before you jump to conclusions let me take a step back. Austin just finished up undergrad and was working for a large corporation, while I was a Senior at Mizzou. During this time, I interned at a notable real estate company, and had an idea for an awesome commercial real estate app (in hindsight, we admit it was a rather terrible idea). I immediately called Austin, and expressed the idea. We spent six months building out a business plan and investor pitch book. We called it “ProReal”. We thought we had something “BIG,” and began asking ourselves how do we go about developing this? Well, the first thing we knew we needed was a developer. We didn’t have any money, nor did we know a developer at the time. Now, there were few, if any, freelancing websites at the time. So… we resorted to what we knew, Craigslist! I made a post on Craigslist, and we waited anxiously to see what would happen. I think Nick was the only reply we received – LOL (Thanks, dude).

Fast forward a few months and our idea was shot down by a handful of successful people, I’m no longer working in commercial real estate, and Austin continued on his career path at big companies and consulting firms in Chicago. Nick and I remained in Columbia, Missouri, became great friends, and started our own careers. Nick began working in development at CarFax, while I embarked on my career in Digital Marketing. But we kept building things together on the side! Nick and I later founded a technology company called Kisoki Information Systems.

The last product we built was a web application called PassChecker: a tool designed to generate strong, yet rememberable passwords and scan the dark web to check if a password was leaked in data breaches.

Austin, Nick, and I’s ideas continued (some great, many not so great) as we grew and gained professional experience in the real world. We never stopped challenging each other to find a market need and grow a business to support it.

Ciffone Digital was started for one reason – to disrupt the status quo. I spent my time in digital marketing for 4 years, and had another year long stint in product development at a technology startup. Prior to me leaving digital marketing, I took notice in the recycled, limiting, and lazy effort agencies provided their clients – it didn’t seem right and it bothered me. I told myself that if I ever entered back into digital marketing, I would have to do it on my own. My own way that I know works. A way that focuses entirely on the client, their business, and the story they want known. The industry needs a shift in mindset, and if you want something to change then you have to be the change you want to see.

So here we are. The team is back together, and we’re providing some truly amazing services to our clients — services that we know are invaluable and address a need. We’re also having a shit ton of fun building this company – wouldn’t have it any other way.

For serious service inquiries, it is best to call and leave a voicemail.